MELISSA CARTA MILLER has been writing for as long as she can remember, her early stories usually involving a unicorn, or 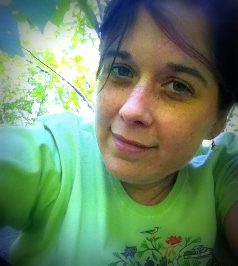 a horse, and a dying princess.  She studied Art History at Moravian College and upon graduating spent seven years helping to raise and train racing sled dogs in both the Interior of Alaska and Eastern Pennsylvania.  After “retiring” from dog handling, she began focusing on writing again, as well as parenting two daughters.  She has had two personal essays published with Babble.com focused on international adoption.  Presently, she is looking for representation for her novel Sycamore, and is writing a new novel, as of yet unnamed.  As with her first stories, someone usually dies in her novels, which her children thinks is hilarious.