We welcome Christopher D. Ochs into the Middle of Eternity with his extraordinary mythological fantasy tale, “If These Walls Could Talk.”
‌
Chris and Phil Giunta are both members of the Greater Lehigh Valley Writers Group where Chris currently serves as President. He also lends his layout and cover design talents for the group’s biennial anthologies consisting of stories, poems, and essays written by our members.
‌
Below, Chris briefly discusses the inspiration behind his entry for Meanwhile in the Middle of Eternity.
I grew up in a home where the TV was nestled in the haunted corner of the basement, surrounded by four walls of rough hewn knotty pine paneling. After being scared witless by the Twilight Zone, The Outer Limits, and Night Gallery, and occasional whispers from empty rooms, it was only natural that an impressionable mind besieged with an overactive imagination and a healthy dose of pareidolia would see all sorts of mythological creatures, aliens and monsters staring back him from the knots and grain in those walls.
We hope you’ll check out the perks we’re offering in our Indiegogo campaign and consider a contribution to help us fund the publication of Meanwhile in the Middle of Eternity. Thank you for supporting small press writers!
Christopher D. Ochs dove into writing in 2014 with his epic fantasy, Pindlebryth of Lenland followed by a collection of mirthful macabre short stories, If I Can’t Sleep, You Can’t Sleep. His latest release is the  YA urban fantasy/horror, My Friend Jackson.
‌
He continues to write the gamut from short fiction to novels in the veins of myth and legend, paranormal, horror, and the occasional sci-fi — all in the hope to reassure himself that his life is normal.
Chris has too many interests outside of writing for his own damn good. With previous careers in physics, electrical engineering and QA; along with his incessant dabblings as a CGI graphic artist, classical organist, voice talent on radio, video and anime conventions, it’s a wonder he can remember to pay the dog and feed his bills. Wait, what? 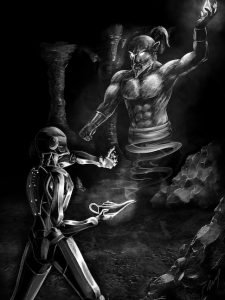 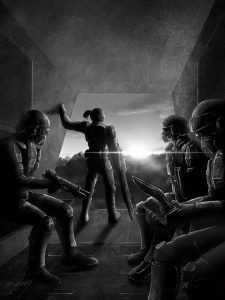 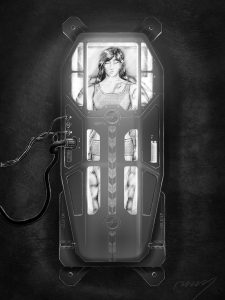 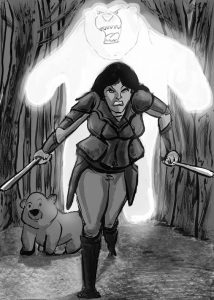 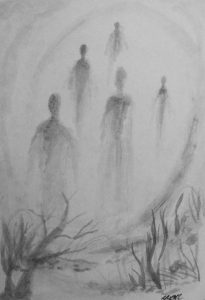 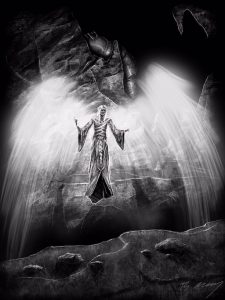 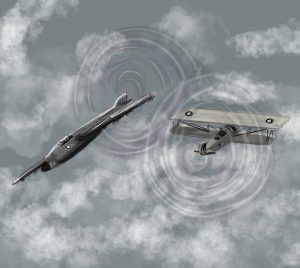