Firebringer Press mourns the passing of friend and renowned artist, Todd Brugmans in September 2019. Todd was a familiar face on the east coast SF convention scene for decades. He was unfailingly generous with his time and talents and his absence leaves a painful void in our community.

Whether it is in book format or as a visual medium, TODD BRUGMANS has been a longtime fan of science fiction. Having graduated in 1993 with a Bachelor of Arts Degree from Kean University, he has used his skills as a graphic artist and photographer to bring his own style of art and humor to everything he has created.

His artwork has appeared in several fan-publications for groups like Starfleet International, the Official Babylon 5 Fan Club, and The Colonial Defense Force (a Battlestar Galactica club).  He has developed award certificates and advertising material for these organizations as well as several chapter logos, which are still in use today.

Always willing to help with worthy causes, Todd’s work has been featured in charity auctions. Signed pieces of art have been made available to assist in record-setting fundraising efforts for groups like the Julian Fleming Memorial Fund and the Juvenile Diabetes Research Foundation.

Todd has worked with Firebringer Press to provide the cover art for Lance Woods’s novel Heroic Park (2012) and Diane Lee Baron’s Gal Wonder (2017). He has also self-published a comic book with his partner Dan Kostelec (aka Willy Shakespeare of New York’s, New Jersey’s, and Connecticut’s Renaissance Faires): Shakespeare Approves presents Julius Caesar: Beware the Ides of March of the Penguins.

Todd has dabbled in cosplay, having dressed as a Ranger from Babylon 5, a scientist from Stargate Atlantis, and more recently as the War Doctor from Doctor Who. He is frequently donning his Starfleet Admiral’s uniform at conventions.

In addition to his intense love for science fiction, Todd also actively participates in many Renaissance Faires. Sporting a Scottish burr and always with his wife, Annie, by his side, Todd may be spotted at faires in New York, Pennsylvania, Maryland, or any one of several in his home state of New Jersey. 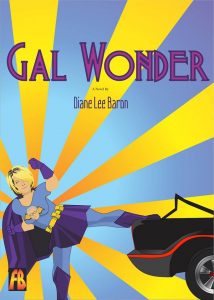 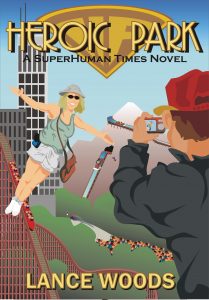